The preservation of all waters owned by or leased to the Club for the purpose of SPORT with rod and line or pole only, to promote lectures and debates, competition and good fellowship.

That for all the clubs waters the full Annual Subscription be £38.00, concessionaries (persons aged 65 or over and special tickets issued at the discretion of the committee) £25.00, For juniors between the ages of 13 and 17 the ticket cost shall be £5.00. Subscriptions to be payable from the 1st June each year, and no person shall be considered a Member or be allowed to fish until his or her subscription has been paid. With effect from the 1st December all annual memberships with the exception of the Juniors ticket will be available at half price for the remainder of the club year.

That for Club Waters where day tickets are allowed there will be a standard charge of £5.00 per person per session.

Any person purchasing a day ticket may within 30 days of date of issue upon application to the ticket secretary or the head bailiff can offset this £5.00 against the price of a club card.

Purchase of a day membership ticket only permits the purchaser to fish the relevant club waters on that day, and only in strict accordance with the rules of that fishery. Day membership does not entitle the ticket holder to any other benefits of full club membership.     Any person wishing to purchase a day membership may be asked to produce a valid Environment Agency (EA) rod licence. Anyone unwilling or unable to produce same may be refused day membership and required to vacate the fishery.

That on written application permission may be granted for competitions of bona fide Angling Clubs on Club Waters.

Applications should be made to the Booking Secretary who shall have discretionary powers.

That the Annual General Meeting of the Club be held in the April of each year and Notice thereof shall be published on the clubs website and  in local Newspapers at least 14 days prior thereto, unless notified individually to members.

That at the Annual General Meeting there shall be appointed a Management Committee consisting of a President, six Vice-presidents and a maximum of nine ordinary members (four members of the management committee to form a quorum) in whom the conduct of the affairs of the Club shall be solely vested by the Club. The meeting shall also appoint auditors. The Management Committee shall appoint a Treasurer, Secretary and Membership Secretary, there shall also be appointed a Match Secretary and a Bookings Secretary. No Member shall be eligible for a nomination for Committee unless he has been a Member for one year at least. A retiring President shall automatically become a Vice-President. The Committee shall have the power to co-opt non-voting members on to the Management Committee. The officers of the Club being the President, Vice-Presidents, Secretary, Treasurer, Committee members or other ordinary Members so authorised by the Committee shall not incur any personal liability for any duties properly carried out on behalf of the Club. Any Officer so acting shall be entitled to be indemnified from the Club Assets.

The freehold property and investments belonging to the Club shall be held by three Trustees who shall not be held personally liable for loss arising out of the proper performance of their duties. The Management Committee shall have the power to at any time or times to remove any Trustee or Trustees and nominate a new Trustee or Trustees to fill any vacancy in the number of Trustees howsoever occurring.

That a Special General Meeting may be called at any time by the Committee or upon the request in writing (stating the object) of twenty or more Members sent to the Secretary. Notice thereof to be given to the Members of the Club, expressing the object for which such a meeting is called, not less than twenty one days previously.

Each Member present shall be entitled to one vote.

11. Notice of Motion and Resolutions

No fish are to be removed from club waters. Anyone found doing so may receive a life ban from the Club. All reports of fish theft will be fully investigated.

The following are operational rules relevant to the waters held and conditions prevailing at the time of publication. The committee shall have the power to amend these and to make additional regulations and to settle any relevant matters not provided for in these rules, provided that any such changes are submitted for endorsement at the following AGM.

Membership of the Club conveys no privilege of trespassing upon land adjoining the river without the consent of the owners. There shall be no vehicular access whatsoever across fields adjoining our waters. Camping is not allowed also barbecues and open fires are not permitted. Provided that the landowner does not have a specific ban, a dog may accompany an angler but must be on a lead and under control at all times.

Reservation of swims is not permitted, neither is the leaving of bivouacs unattended. An angler may not stay more than 24 hours in the same swim. After this time he must leave or may move to another vacant swim on the water if one is available. All anglers must clear their swim of litter before and after fishing. Members are requested to be discreet when answering the call of nature.

No bloodworm or joker is to be used except on the Grand Union Canal between Dodford (bridge 22) and Flore (bridge 27) from November to March inclusive. No beans or peanuts are to be used on club waters. No Sweet corn or Luncheon meat tins allowed.

Membership conveys no right to take a boat onto club waters, or to fish from a boat. Members may not carry firearms on club waters.

Members may use a maximum of two rods at any one time (only where fishery rules allow).

On all Club Waters, no fishing shall be allowed within 30 metres either side of, or under electricity pylons or power lines.

Additional rules may apply to some Club waters such as Swan Valley and Meadow Lakes, and will be posted at fishery entrances.

These Rules must be observed in addition to the usual Club rules:

14. Fishing during the period of 15th March to 15th June inclusive

The following waters only will be open for the above period:

All other waters will be closed.

It is a condition of membership that these rules and the byelaws of the Environment Agency shall be observed. The Management Committee shall have power to exclude from Membership any person found to have broken any Rules of the Club or byelaws or rules of any parent body or Association to which the Club is affiliated. Membership cards must be carried at all times when fishing club�s waters. if a member commits a serious offence or breaks a Club Rule and his card is already endorsed, the bailiff may withdraw the members card, issue a receipt and report to the Committee for action to be taken.

Any member who has been convicted of a serious criminal offence warranting a custodial sentence, may have his/her membership suspended by the management committee. A general meeting of the club shall have the power to cancel or set time limit on the suspension. The meeting shall also have the power to expel the offending member, whether or not a suspension has been imposed by the management committee. The club will adopt the Child Protection Policy of the Angling Trust as or when published.

The representative teams fishing for the Club in the National and the County Cup shall be chosen using a points system based on the results of the Club matches during the previous Club year (April 1st to March 31st). The points system used will be the same as that currently used to decide the Club Champion and Runners-up.

The clubs financial year shall run from 1st January to 31st December in any one year.

That the sale of waters can only be done by consent of a two thirds majority at a General Meeting.

19b) If at that Special General Meeting, the resolution is carried by at least two thirds of the Full Members present at the meeting, the General Committee shall thereupon, or at such date as shall have been specified in the resolution, proceed to realise all assets of the Club and discharge all debts and liabilities of the Club.

19c) After discharging all debts and liabilities of the Club, the remaining assets shall not be paid or distributed amongst the Full Members of the Club, but shall be given or transferred to some other voluntary organisation having objects similar to those of the Club. 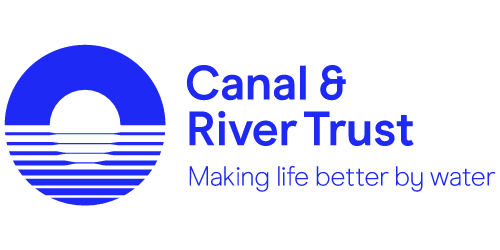